The Digital Revolution brings together a range of artists, filmmakers, architects, designers, musicians and game developers – who push the boundaries of their fields using digital media. It also looks to the future considering the impact of creative coding, DIY culture, digital communities and the creative possibilities offered by technologies including augmented reality, artificial intelligence, wearables and 3D printing.

It celebrates the transformation of the arts through digital technology since the 1970s – complemented by a synth-y soundtrack throughout the first section of the exhibition, giving the overall feel of a 70’s video arcade. This section was my personal favourite, as it radiates nostalgia, allowing you to discover and play a range of games and software such as the first ever Sims, Breakout, Tomb Raider for PS1 and a classic Pac Man arcade machine that have helped to shape and provide digital enjoyment to life as we know it. Highlighting the journey that digital effects have taken such as the actualisation of their rapid development is definitely overwhelming. 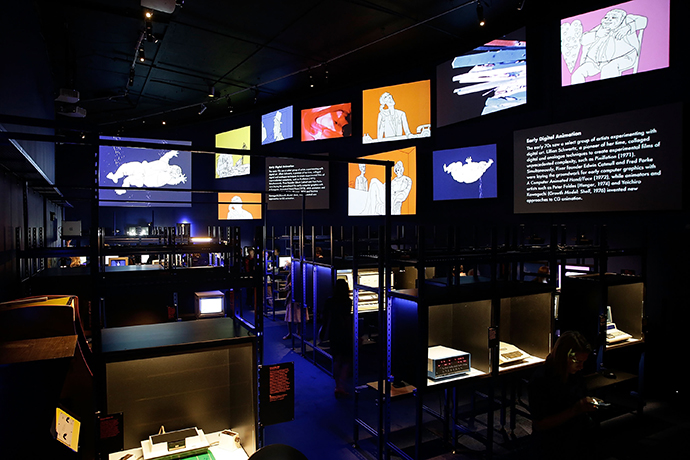 Umbrellium, known for their large-scale participatory interactive outdoor events, have produced their first artwork for an indoor space – Assemblance. This is a firm favourite with most visitors and yes – I was extremely excited for some laser interactivity – raising your hands in the air to begin manipulating these luminous forms seemed extremely fun, more so if you are with a group of people and you can shape and interact together, rather than standing by yourself with your hands in the air looking like someone overly eager to be carried away by an alternative life force just like I did. This three-dimensional installation helps to blur the distinction between the physical and the virtual, visitors can literally move and shape lights in almost any way they want. 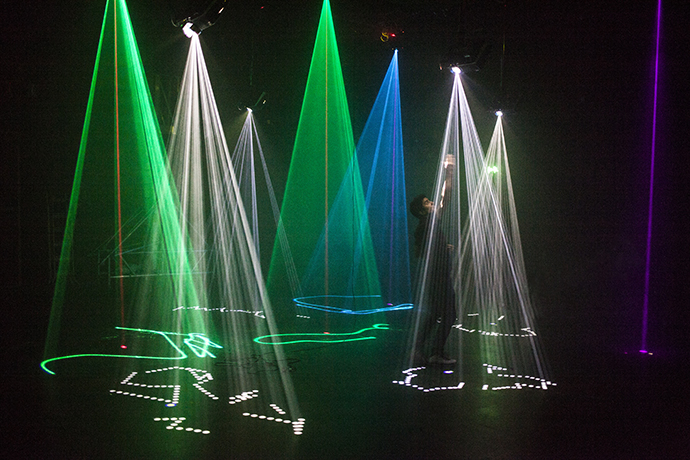 Universal Everything, one of the UK’s leading media art studios, has produced a new multi-screen work called Together. Taking digital drawing as its theme, visitors are able to contribute to the work both in the venue and online. Presented with the same problem and tools – a white circle, one brush and an eraser – each contributor provides an alternative and unique response, creating a range of short animation loops that are displayed in Barbican’s Silk Street entrance. This piece highlights the creativity and multiplicity we encounter when we work with limited resources and the unpredictability of people’s reactions.

The Sound and Vision section looks at how musicians have experimented with digital technology. Pieces include Pyramidi, a commission by will.i.am and artists Yuri Suzuki, Pasha Shapiro and Ernst Weber exploring the interface between analogue and digital music in a live gallery experience. We all know that will.i.am is a technology advocate and enthusiast, constantly following a futuristic style through fashion and music and this piece conforms to those values. Also on show is Arcade Fire‘s interactive video The Wilderness Downtown and a series of app-based projects in which artists have worked to visualise music. 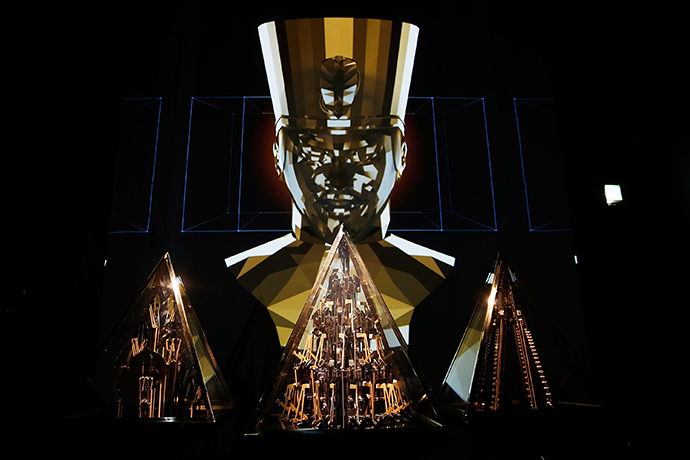 Creative Spaces examines how digital technology is allowing rapid creative change in film and online, contrasting blockbuster Hollywood visual effects with the work of a new generation of independent artists and filmmakers. It explores the innovative visual effects for Inception by Paul Franklin and his team at Double Negative as well as focussing on visual effects studio Framestore, in particular their innovative digital techniques and the work of Tim Webber on the landmark VFX feature film Gravity. This section allows you to see how effects are built from start to finish, ranging from illustration layers to the final visuals. The Gravity installation is especially interesting and was a personal highlight, narrated to give an overview of each layer and an insight into the time, effort and skill that went into making the film along with new techniques that are likely to be used in many Hollywood films to come. This installation gives you a broader outlook and understanding of Gravity and all films that use visual effects. 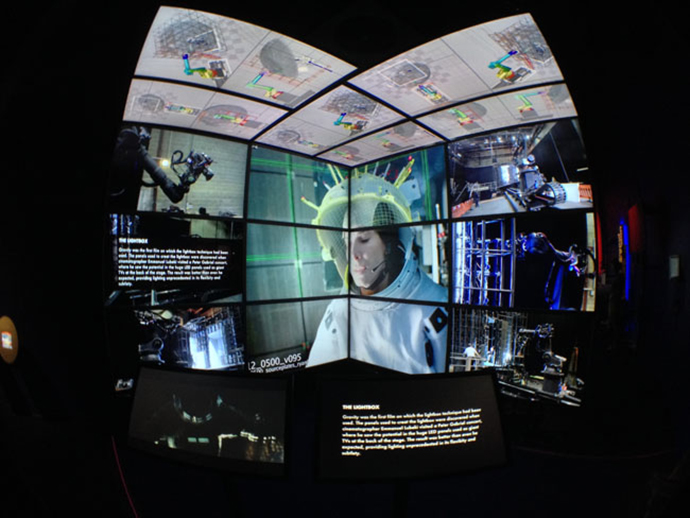 Truly exploring how all digital disciplines have evolved, The Digital Revolution inspires and teaches, giving you a taste for what to expect within the forthcoming years, whilst allowing you to reflect on the things that have influenced your life. With outstanding collaborations, up-coming artists and installations that you can really become involved with – it’s definitely got the thumbs up from Volt! 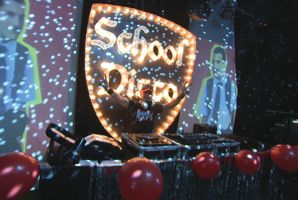